FR
Latest news
You are at:Home»Society»Three Cameroonians featured in Forbes’ list of 100 most influential women in Africa.
In its July-August 2015 edition, Forbes Africa has named three Cameroonian women on the list of 100 most influential women in the African continent. The list which covers among other things, business, sport, science and technology, finance including the public sector media in the diaspora, had Isis Nyongo’o, Ellen Johnson Sirleaf, the interim head of state of Central African Republic, Catherine Samba Panza, the eldest daughter of the Angolan Head of State Isabel Dos Santos and Fatou Bensouda, Prosecutor of the International Criminal Court.
Correspondingly, three great Cameroonian Diaspora figures are in the spotlight. Former Cameroon Radio and Television journalist Denise Epoté, Marie-Roger Biloa and novelist Leonora Miano.

Denise Epoté: The flagship of the Cameroonian journalism on the Paris stage

Denise Laurence Djengué Epoté was born on the 22nd of November 1954 in Nkongsamba in the Mungo Division. A graduate of the Advance School of Mass Communication (ESJY) in Yaounde, the former Cameroon television presenter migrated to France in 1991 with her husband, Frenchman Eric Durand, civil engineer and for some years, deputy director of a construction company in Cameroon. Recruited to TV5 world,her immeasurable talent made her climbed all levels of this chain of television channels before her promotion to Director of TV5 Monde Africa.

Owner of three publications (Africa International Magazine, People of Cameroon and People of Gabon), she owns a chain of shops in Paris and even beyond. Roger Marie Biloa is unquestionably a leading voice and a leading woman . A graduate of Germanic Studies at the University Paris 4, the Cameroonian worked for Jeune Afrique before becoming managing editor and then started Africa International in 1991. She is also the president of the famous “Club Millennium “.

Leonora Miano: In the footsteps of the Goncourt 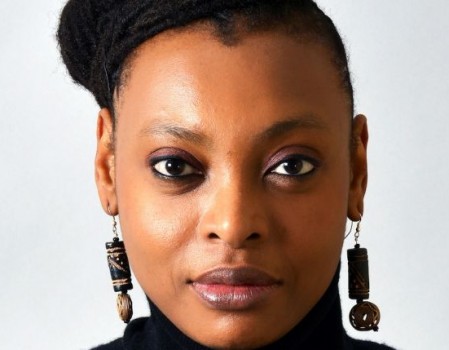