FR
Latest news
You are at:Home»Football»Samuel Eto’o the Only African Footballer Riding A Bugatti Veyron (the world's most expensive car)

Samuel Eto’o most decorated African player of all times.

He’s got a Bugatti and still lives this big? Well, Love him or Love his Ride, Cameroonian striker Samuel Eto’o Fils is an epitome of hard work and Success in his generation. He is the most decorated player in Africa – winning the African Player of the Year Awards four times. He is married to ex Ivorian model Georgette and they have two kids and treats his family as priority at all times.

Wanna know how he got this rich and famous? Samuel dropped out of school to train with the Kadji Sports Academy in Douala when he was just 14 and then got into the Indomitable Lions squad at just 17. Since then, it’s been France, Spain, Italy ,Russia, England and now, Turkey. From every club he played, he left a deep impact as a black player and made a lot of dough from his more than 400 goals he scored on the pitch. For an African, that was incredible especially winning the ‘Pitchichi” (highest goal scorer) in Spain.

Are you jealous? Try harder! Eto’o was the second highest earning athlete in the world (2nd to Tiger Woods) and he was  the highest paid player in the world raking in 35.7 million pounds each year excluding off-field earnings in 2013. Meaning his  is worth more than these figures putting all his endorsements and other businesses together.

What does he spend all that cash on? Plenty! Eto’o owns asserts both home and abroad. He treats his dear wife with the finest things in life including expensive shopping sprays in Paris, Milan and New York. Need I remind you, his outfits are never cheap? Neither are his kids’. He travels far and wide too in first class and built a multimillion dollar mansion in Cameroon. He owns a multi-million dollar mobile network – Set Mobile and a clothing line on the way. He also enjoys putting millions into charity too.

Are you still guessing what could be in his garage? Here is where the Anzhi Makhachkala striker balls the mulla. Eto’o rides the world’s most expensive car – A Bugatti Veyron and stands the only African footballer who actually owns one.

Among the fleet, you can definitely fine a Ferrari, a Bentley, A Lamborghini, a hummer jeep, a Porch and a family bus. He doesn’t purchase the wheels for himself alone, almost every member in his nuclear family rides in something big!

Should we stop here? Maybe! This may appear offensive to some who can’t spray cash in this manner but the next time you mention a Bugatti, this is what you may hear, “I woke up in a new Bugatti…” In Ace Wood’s Voice. Dream big people coz Samuel Eto’o Fils also had a dream one time and didn’t stop there, he made it come true through hard work, focus, persistence, patience, humility and Jesus. Don’t ever forget that

Samuel Eto’o has had a fantastic football career and with all the big salaries, he has been able to build up a £4 million fleet of cars. 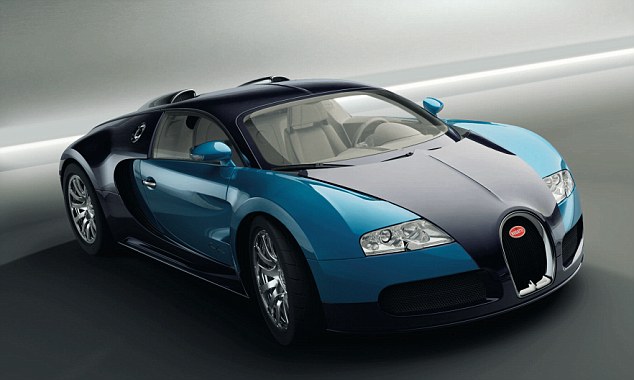 What do you make of the Cameroonian’s collection?