Former Cameroon goalkeeper Idriss Carlos Kameni has had a medical at Turkish club Fenerbahce ahead of a $2.26 million dollar move. 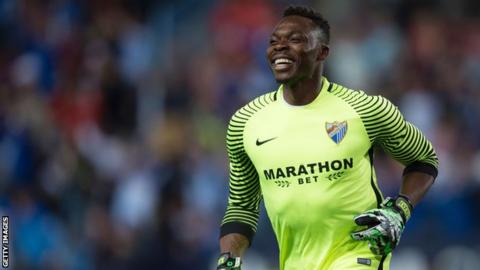 The move from Malaga would bring to an end a 13-year stay in Spain, where he also played for Espanyol for eight years.

The 33-year-old had the medical at the club on Wednesday 5th July, after a three-year deal was reached with the player and Malaga.

Kameni played 35 times for Malaga last season as they were eighth in La Liga.

He joins Morocco midfielder Nabil Dirar at Fenerbahce after he signed for them from French side Monaco last month.