On 24 May 2017, the Cameroonian Head of State, Paul Biya, appointed his compatriot Issa Hayatou as Chairman of the Board of the National Football Academy (Anafoot) of Cameroon. 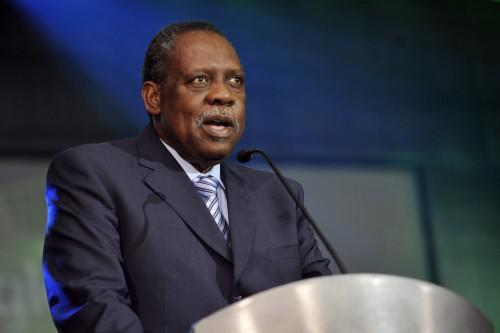 This public institution, promised by the Head of State in his speech to the Cameroonian youth on 10 February 2010, will have as its Managing Director Carl Enow Ngatchu, coach of the women’s national football team of Cameroon, unfortunate finalist at the latest edition of the AfCON organised in Yaoundé and Limbé in 2016.

Unfortunate candidate to his own succession as Head of the African Confederation of Football (CAF) which he managed for 29 years, Issa Hayatou, now honorary Vice-President of FIFA; will bring his experience to Anafoot.

As a reminder, the missions given to this academy are: initiation and supervision of the youth in the practice of high level football, initial and continuous education of trainers in theoretical and practical football education, development of national expertise in football-related professions, collection, storage and distribution of documentation related to football, as well as primary and applied research in professions linked to football.