The Cameroonian midfielder, Marcel Ndjeng who plays for Paderborn in the English 2nd tiers, is among the 10 norminees shortlisted by FIFA for 2015 Puskás award (best goal of the season). His long range effort goal, made it into the final 10 after fierce competition from more than 1000 outstandng goals for 2014/2015 season. 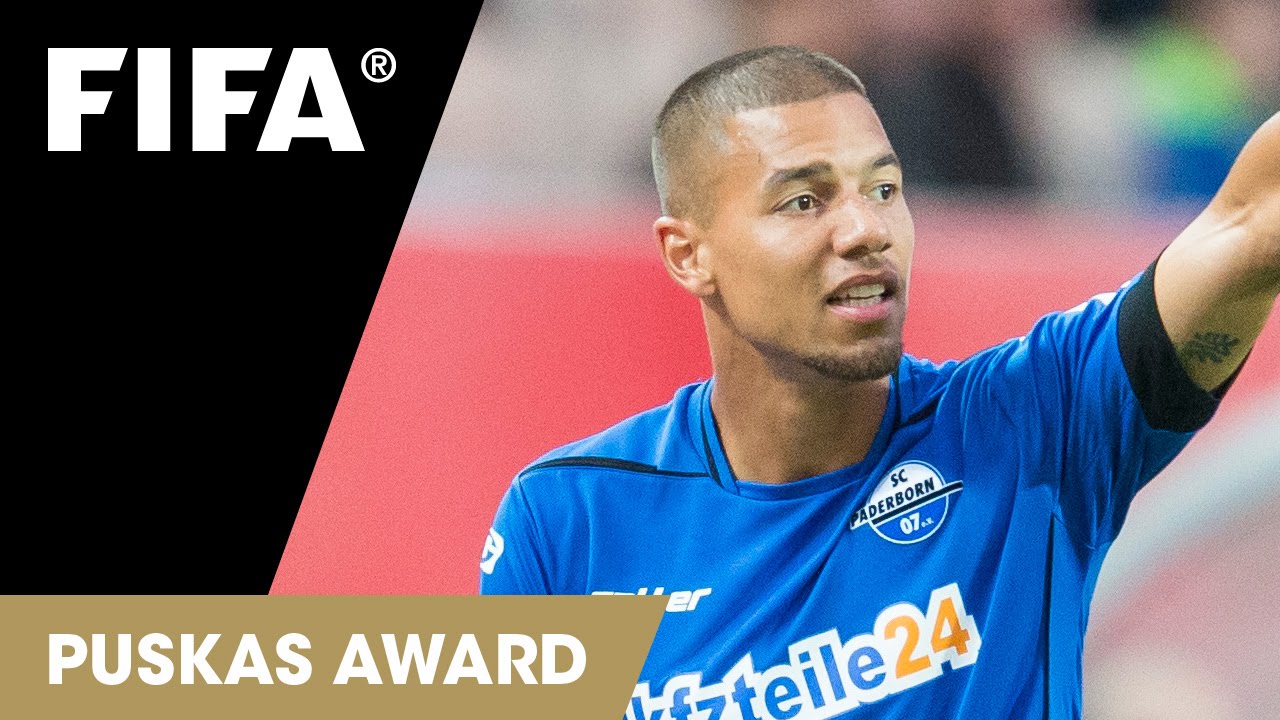 Marcel Ndjeng surprised everyone, not least the Bolton Wanderers’ defence and goalkeeper, when he smashed in a first-time volley from fully 45 yards. Ndjeng pounced on a headed clearance to crash in an unlikely effort that had an even unlikelier outcome, with the force and trajectory of his beautifully struck effort making it impossible to keep out.

The final 3 goals, to be selected by anonimous voting online, will be revealed on November 30th 2015, and voting will commence for the best goal amongst the 3 selected, which will receive the Puska award for 2015 to be presented on January 11 2016 in Zurich.

Watch the video below to see Ndjeng’s stunning strike.

See all 10 contenders here and don’t forget to vote for Ndjeng.