The current Director General of Emirates Airlines in Zimbabwe has been appointed to head Cameroon airlines (Camair-Co) at the end of an extraordinary board meeting held in Douala on August 22, 2016.

He takes over as Director General from Paul Nana Sandjo who held the position for barely two years.

Also read:Buea, Cameroon’s Most Expensive City In The First Half Of 2016 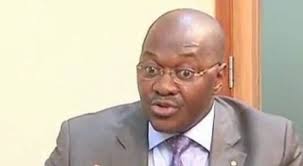 Meanwhile, Mefiro Oumarou, Minister Delegate at the Ministry of Transport, was appointed chairman of the board of directors. He replaces Edouard Akame Mfoumou. The changes at the head of Camair-co, comes after the approval of the new company recovery plan proposed by Boeing to the State of Cameroon ,which was approved by President Paul Biya.

Ernest Dikoum takes over as the sixth DG of Camair-co, in its 10 years of existence.