FR
Latest news
You are at:Home»Society»Cameroonian born Marc Arthur Zang was among the final 10 nominees for 2015 Prize for Innovation in Africa for inventing the Cardiopad.

Africa’s inventor of the continent’s first medical tablet, the Cardiopad, Arthur Zang, could have won a great portion of the 93 million FCFA (150,000 USD) of 2015’s Prize for Innovation in Africa (PIA) held by the African Innovation Foundation (AIF).

The Cameroonian engineer who developed the tablet that facilitates cardiovascular testing with results being communicated remotely was among the 10 nominees for 2015’s Prize for Innovation in Africa out of 925 candidates from 41 African countries.

The 28-year-old Cameroonian engineer, invented the life-saving Cardiopad. This touch screen medical tablet enables heart examinations such as ECG to be performed in remote locations. The results are transferred wirelessly to specialists so that patients living in rural areas do not have to travel to urban centres for medical examination.The final results was  announced on May 12 and 13 in Skhirat in Morocco, the country which the AIF has referred to as “becoming a platform for innovation in Africa.” unfortunately he didn’t win the first price but he went home with a sum of $5000, as a top 10 contender. This is a plus for Cameroonian technology. He is the 2nd Cameroonian top 10 norminee in just within a period of 2 years. He follows Njokikang Faustinus who was norminated in 2013,for creating the Novatech Construction Systems which is focused on developing construction approaches that maximise human and material resources whilst guaranteeing environmental protection. 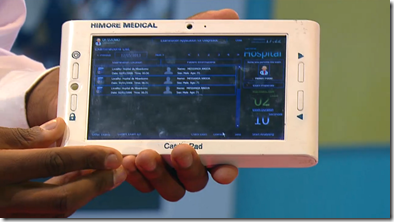 Zang grew up in Mbankomo, a town 22 kilometres from Cameroon’s capital, Yaoundé. It had no running water and the electricity supply was intermittent. “During that time I learned to make do with little,” he says. Making it to university to study computer engineering in Yaoundé, he became fascinated by the potential of computers to changing lives. From his disadvantaged beginnings, he drew the motivation to solve problems that would leave humanity better off.

Zang felt he could best serve Cameroon by improving the health of its people. Conscious of the rising toll from heart disease caused by changing lifestyles and the difficulty of getting a reliable early diagnosis – especially in rural communities – he  designed a robust, portable, low-cost way to measure heart health, anywhere, any time. In 2014, his invention inspired U.S. business magazine Forbes to list Zang among the “30 most promising entrepreneurs in Africa”.

He won rolex award for inovation in 2014.Read more about this.

The talk was given at a local TED (independently organized event In the spirit of ideas worth spreading)  Conferences. Here he talks about the cardiopad.